Warning: count(): Parameter must be an array or an object that implements Countable in /homepages/40/d261963188/htdocs/proaud/wp-content/plugins/seo-wordpress/seo-rewritetitle-class.php on line 17
 The Art of Audio | Production Audio Pro
Home » Archive by category 'The Art of Audio'

Category: The Art of Audio

Walking Out selected for the Sundance 2017

I am very proud to have been the audio mixer for Walking Out, a feature film shot in Montana, written and directed by Alex and Andrew Smith.  I knew it was a great script when I read it and with the help of a great cast and crew, we made a great movie.  It’s going to premier at Sundance in January, 2017 as part of the dramatic feature competition!

Shooting an episode of National Geographic’s Doomsday Preppers with Brett Wylie, DP and Katie Meade, Assistant Camera at a remote bunker near Bozeman, MT.  Photo by Nick Weissman, Field Producer.  The episode is scheduled to air in November, 2012. 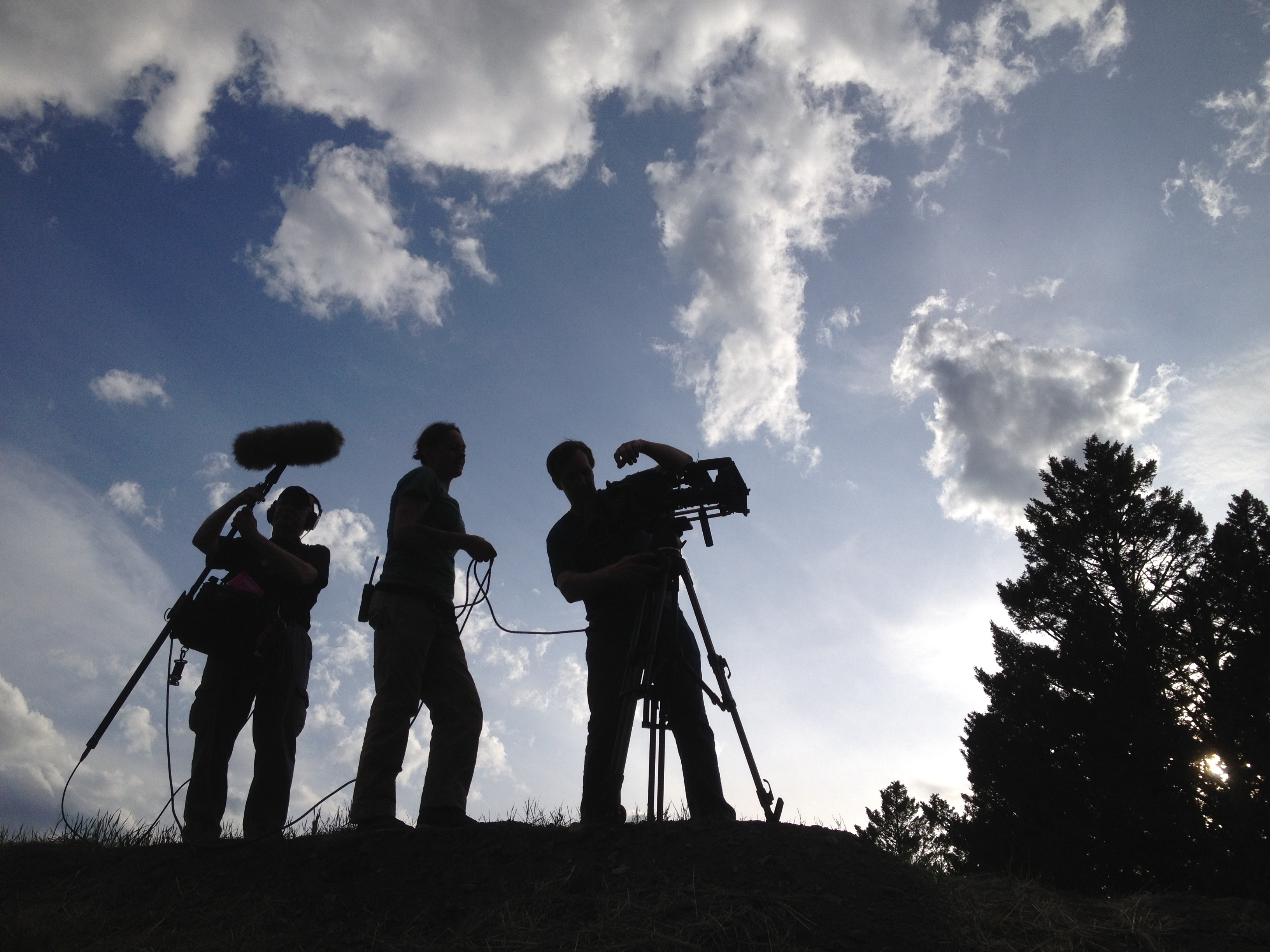 Date: May 18, 2012  Author: mike  Category: Learning About Audio, Other Filmmaking Topics, Random, The Art of Audio

Three years ago, I started grad school at The University of Montana.  On Saturday, May 12th, I received my MFA in digital film making from the school of Media Arts, College of Visual and Performing Arts.   Although production audio is my main love and specialty, my experiences writing, directing, producing and just making movies really help my understanding of the “big picture” of film making.

An Open Letter from your Sound Department

This letter is being written by audio professionals to help directors and producers understand how good sound can be recorded on the set. We want to help you make the best film possible.

For this piece, we will not discuss the topic of mixing itself, as this is the “hocus pocus” part that you trust us to do so well.

We want you to have information that will enable you to evaluate what is interfering with good sound, before a hasty decision is made that can harm the quality of your film’s sound. To help you make your decision you need to know about some of the obstacles that we sound people face, before we can even begin to get usable production sound on the set.

This is after all, the age day of digital sound. Theaters have wonderful THX (the audience IS listening) and SDDS with 5.1 surround. Home audio is often better than many theaters as a sophisticated audience demands DVDs with 24 bits. Yet, today’s sound at it’s source on set is suffering like never before.

We, the sound crew, are the ones that you depend on to create and protect YOUR original sound tracks during production.

Unlike the work of the majority of the people who are working for on-camera results, the mixer’s efforts can not be “seen” on the set. Almost no one hears what the microphone picks up. Too few are sure just what we do. Only the most obviously bad noises are even brought up for discussion.

Included in our job is to monitor the sets for unnecessary, accidental, ignorant and sometimes even malicious actions or lack of actions that may compromise your sound track. To emphasize this point: WE DO THIS SO YOU WILL HAVE THE BEST TRACKS POSSIBLE; IT IS NOT FOR US.

We are too often frustrated by the state of conditions that now exist on most sets. Many times we are expected to solve all sound problems alone. Instead, this should always be a cooperative effort with the assistant directors and other crafts.

Sound mixers are often perceived as pests or even a hindrance to the film’s progress. We don’t like being put in this untenable position because it is humiliating and unnecessary. We don’t like to be considered adversarial to the rest of the production and we certainly don’t want to be the “sound police”!

A mixer on a tough show, who fights alone to get you good sound, stands a good chance of burning out from all the excuses and defenses put up. It’s hard to put it all out there without support. The temptation is to cave into the pressure and just go with the flow, and no good can come when that happens.

The problems that we face may lead you to believe that good sound cannot be achieved without set disruptions and added costs. This would not be necessary if reasonable measures are anticipated and endorsed by you both in pre-production and during production.

We know the limitations of our equipment. For example, microphones are just tools, they don’t make miracles happen. If on-set audio problems are not dealt with immediately, they will only be back to haunt you again in postproduction.

You can help us do a better job for you. Good sound can most often be achieved by using reasonable preparation to avoid pitfalls.

We need your understanding and your backing.

END_OF_DOCUMENT_TOKEN_TO_BE_REPLACED

The Secret of Good Sound

Getting good sound is not a secret.  It’s simply understanding everything about your role and performing your role very well.

That’s it, really.  If you do those three things right you will get good sound.  The problem is doing those things right takes a hell of a lot of knowledge, experience and skills.  The other problem is what works on one shoot doesn’t necessarily work on other shoots.

If your recorder doesn’t have these capabilities, you need a new one.

3. Making sure the recording quality is good:

Simple, right?  Not exactly, but that’s the secret in a nutshell.  Use the right mic, get the mic close, set the levels correctly, follow the dialog and communicate issues.

Upcoming posts are going to go into specific details about:

And, of course, anything else you want to see discussed on Production Audio Pro.

I think in some way DP’s (Directors of Photography) have it easier than sound recordists although I know all my DP friends are shaking their heads right now.  But consider this – if you don’t like what’s in the frame, you can just move the camera or come in tighter – problem solved.   Unfortunately there is no such thing as a zoom microphone. You still hear what’s not in the frame.  Even though bad sound can ruin a move MORE than bad video, no one really notices or appreciates good sound.   They only comment when there is a problem.  So why do it?  That is a great question.  Here’s why I love production audio:

The other thing about audio I love is it is often a one-person job.  Although you are part of a collaborative production unit, on a small production or indy film, a single skilled person can boom and mix at the same time.  You have great responsibility for your work, since there is no one else to blame which I find very rewarding.  You have to be good to survive.

Bad Behavior has blocked 0 access attempts in the last 7 days.